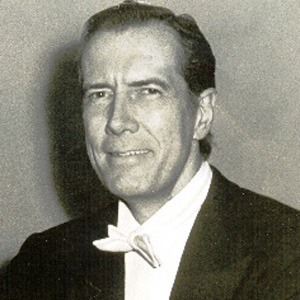 Bass opera singer with the Metropolitan Opera who appeared in hundreds of performances over more than four decades.

He was rejected from his junior high school glee club because his deep voice did not blend well with the rest the group.

He did not start performing in operas until some years after graduating college, spending the years between teaching chemistry at UCLA and working for an oil company.

He was born in Jerome Albert Link Heinz in Hollywood, California.

Jerome Hines Is A Member Of