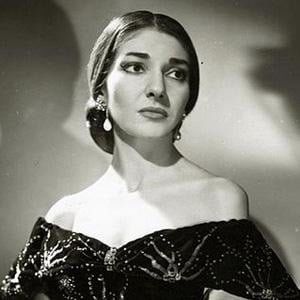 Italian operatic soprano who was posthumously awarded a Grammy Lifetime Achievement Award in 2007. She was near-sightedness that left her nearly blind onstage.

In 1926 at the age of four she was christened at the Archdiocesan Cathedral of the Holy Trinity. She hated to sing because of her mother's insistence that she do so.

She recorded many operas, including Bellini's Macbeth. Her musical talents led to her being known as "La Divina" (The Divined One).

She married Giovanni Battista Meneghini on April 21, 1949 and they were divorced in 1959.

She had a love affair with Aristotle Onassis, which continued while he was married to Jackie Kennedy.

Maria Callas Is A Member Of