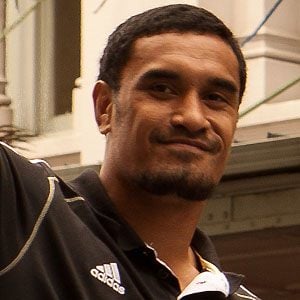 Samoan flanker and number eight who joined the Blues in 2004.

He played junior rugby league before switching over to union play.

He played in every match of the 2011 Rugby World Cup; his All Blacks team was the first to win the cup since 1987.

His family relocated from Samoa to Auckland in 1987.

He and fellow Samoan George Pisi both played for the Blues in Super Rugby.

Jerome Kaino Is A Member Of