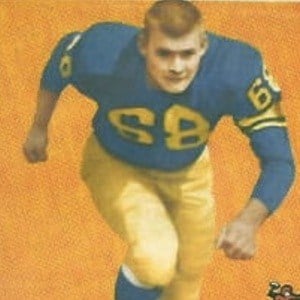 Former NFL guard to spent all eleven seasons of his career with the Green Bay Packers. He won five titles with the Packers during the team's era of dominance in the 60's.

He was a standout player at the University of Idaho, where his jersey was eventually retired.

He was voted as the best player to ever not make the Hall of Fame by NFL Network.

Two of his sons have played football at the University of Idaho.

Jerry Kramer Is A Member Of