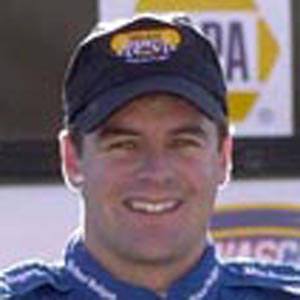 Former race car driver who won the 2000 NAPA 500 series in the NASCAR Spring Cup. Following his retirement, he has been a mentor to drivers like Jeffrey Earnhardt.

He was a recipient of the Skip Barber Scholarship in 1992.

He suffered a crash while practicing at the Richmond International Raceway which left the left side of his body immobilized and ended his career. He was given only a 6% chance of survival following the crash.

He has a daughter named Natalie with his ex-wife Jada.

He was replaced by Jason Keller at the Pontiac Excitement 400 following his career-ending injuries.

Jerry Nadeau Is A Member Of