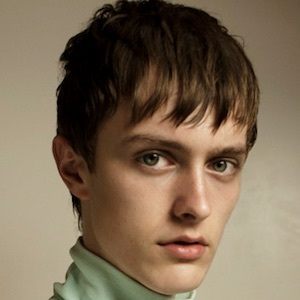 A friend of his was a model, and so he decided to give it a shot by sending in pictures to several agencies. His first signing was with Alpha Male Models.

He walked the runway for Kenzo, Dior Homme, Valentino, Paul Smith and Raf Simons during Paris Fashion Week. He also walked for Gucci and Jil Sander at Milan Fashion Week and JW Anderson and Tiger of Sweden at London Fashion Week.

He is from Duiven in the Netherlands.

He helped out fellow model Frank Rossi by retweeting his request to help report a fake account that was attempting to impersonate Frank.

Jesper Trip Is A Member Of