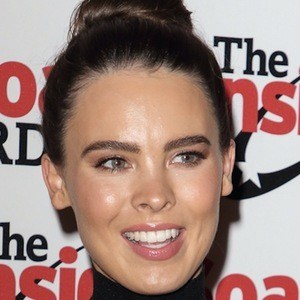 Actress who made an immediate splash with her debut television role as Liberty Savage on the soap opera Hollyoaks. She was previously a stage actress who had starred in musicals like Wicked and Les Miserables.

She trained at the Guildford School of Acting and National Youth Music Theatre.

Shortly after appearing on Hollyoaks, she was cast on the thriller series The Common.

She joined Stephanie Waring on the cast of Hollyoaks in 2018.

Jessamy Stoddart Is A Member Of