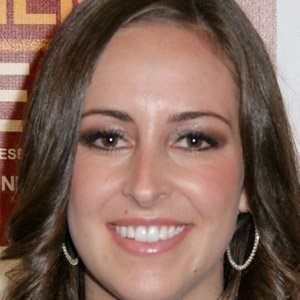 Actress who earned a supporting role as Jesse in the Nickelodeon series The Naked Brothers Band.

She earned an acting degree from UCLA's School of Theater, Film and television in 2006.

She has also had 2012 film roles in No One Will Know and It's a Disaster.

She has three siblings, Adam, Billy and Eleanor.

She appeared in nearly every episode of The Naked Brothers Band with Nat Wolff from 2007 to 2009.

Jesse Draper Is A Member Of