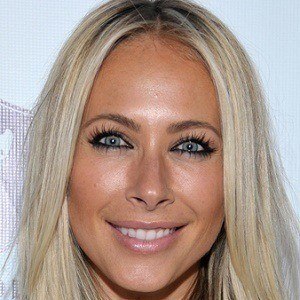 Dancer turned model who founded the blog The Golden Secrets, where she shares her story living with Rheumatoid Arthritis. She has been featured in publications such as British GQ and Viva Glam magazine. She has been deemed "the bendiest girl" on social media.

She moved to Miami at 18 and began modeling with clients such as Abercrombie & Fitch within the first few months.

She grew up as a ballerina and became a National dance champion. She became a certified yoga instructor and shot a naked yoga book.

She grew up in Chicago, but moved to Miami when she was 18. Her mother owned her own dance studio which sparked her interest in ballet. She was diagnosed with Rheumatoid Arthritis at 29. She had a son named Kaleo in 2004.

She shared her story in the July 2016 issue of British GQ, which featured Dwayne Johnson on the cover.

Jesse Golden Is A Member Of