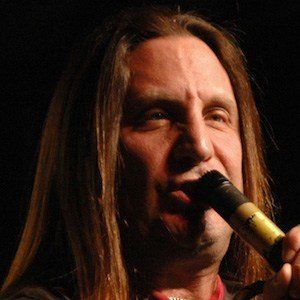 Singer, TV host, and entrepreneur known for being a founding member of the band Jackyl. He's also known for being one of the creators of the reality show Full Throttle Saloon.

Jackyl was formed in 1991 and released its self-titled debut album in 1992. He released his first solo album in 2000.

He founded the recording label Mighty Loud Entertainment in 2007 and also released the beverage line Jesse James Spirits in 2010.

He has a son named Nigel, who went on to form the Nigel Dupree Band.

He's served as the general manager for Ironworks, a record label founded by Kiefer Sutherland.

Jesse James Dupree Is A Member Of