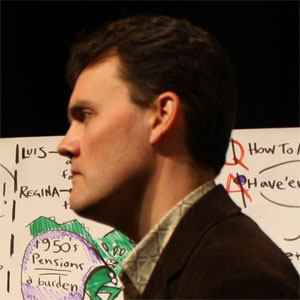 Known for designing such video and web-based games as Pirates of the Caribbean Online and Pixie Hollow, he also created such theme park rides as Toy Story Midway Mania. He founded the Schell Games company and taught at Carnegie Mellon University.

Following his 1994 graduation from Carnegie Mellon's Information Networking Institute, he worked for both Bell Labs and the design department of The Walt Disney Company.

He published a popular 2008 manual titled The Art of Game Design.

He settled in Pittsburgh, Pennsylvania with his wife, Nyra.

He joined the Carnegie Mellon faculty on the invitation of fellow computer science expert Randy Pausch.

Jesse Schell Is A Member Of