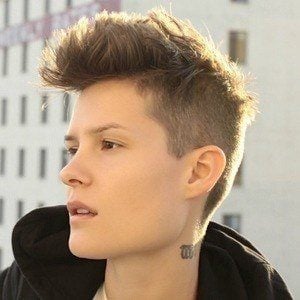 Trans social media star who is widely known for his JesseSulli TikTok account, which has earned over 1.4 million fans. Most of his videos feature his wife Teela and his daughter Arlo.

Before marrying Teela, he had been closeted and married to a man. He has remained close with his ex-husband following his coming out.

He has amassed more than 240,000 followers to his Instagram account. He has stated his wish to work as an LGTBQ rights activist.

He has raised his daughter Arlo as both a single father and with his wife Teela.

He has expressed his support for Ruby Rose, and has spent time with her.

Jesse Sullivan Is A Member Of