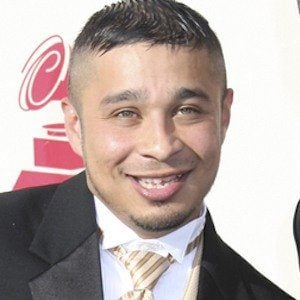 Renowned as the lead vocalist of the Texas-born Tejano band Siggno, he and the rest of the band skyrocketed to fame for their Latin Grammy-nominated albums Capitulo 5 and Six Pack.

He grew up playing impromptu music on pots and pans. He then began practicing on actual conjunto instruments and eventually began performing with gospel bands. By fifteen he'd secured a gig with a local band to play weddings and parties.

His music has brought him burgeoning social media fame and he has garnered more than 100,000 followers on his Instagram account alone.

His son Jacob became the guitarist for Siggno.

Both he and Alejandro Sanz are renowned latin music singers.

Jesse Turner Is A Member Of