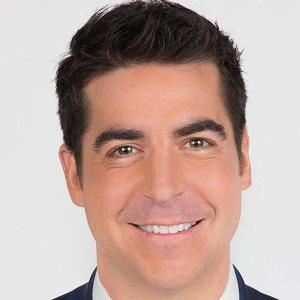 Famous for his Watters World interview segment of the Fox News program The O'Reilly Factor. He is also known for his work on the Fox News talk shows Outnumbered and The Five.

Born and raised in Philadelphia, Pennsylvania, he earned a bachelor's degree in history from Trinity College in Hartford, Connecticut.

He has twin daughters named Sophie and Ellie with his former wife Noelle Inguagiato. Watters announced his engagement to Emma DiGiovine in August 2019; the two were subsequently married. They have one son, born in 2021.

He and Eric Bolling were both hosts of Fox News' Outnumbered.

Jesse Watters Is A Member Of