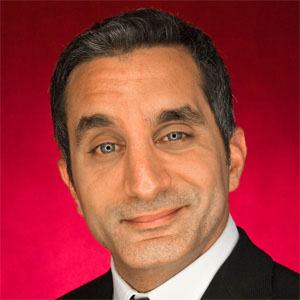 Host of the Egyptian political satire show El Bernameg. He was named to Foreign Policy magazine's list of 100 Leading Global Thinkers as well as TIME Magazine's 100 Most Influential People in the World list in 2013.

He used to work as a cardiothoracic surgeon.

He used to host the popular show The B+ Show.

He had a daughter named Nadiya with Hala Diab, whom he married in 2010.

He has been compared to Jon Stewart, one of his inspirations.

Bassem Youssef Is A Member Of