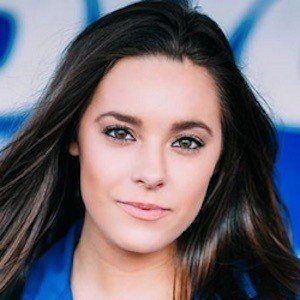 American model who was named Miss COED for November 2013 by COED.com. She has also acted in various television shows, music videos and commercials.

She was a cosmetology student and worked as a nail technician at Asante Spa in El Dorado Hills, California.

She and Jessica Ashley Deluge are both former Miss COED winners.

Jessica Colorado Is A Member Of