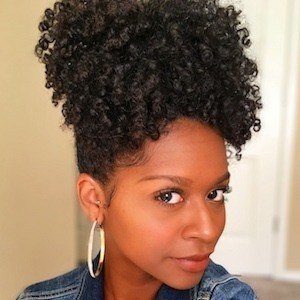 YouTuber known as MahoganyCurls. Her channel focuses on natural hairstyles, eschewing the use of chemical products. She has earned more than 24 million views to her channel. She is also popular on Instagram with over 390,000 followers.

She grew up with several cosmetologists in her family. She started uploading videos in 2009 after trying to go natural and finding very little information about it on YouTube.

Although she and her husband had to drop out of college when she became pregnant, and then move to Germany when he joined the Air Force, she was later able to complete both an undergraduate and master's degree.

She and Naptural85 both gained significant followings for their natural hair videos.

Jessica Lewis Is A Member Of