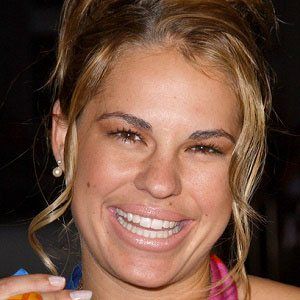 American softball player who became a four-time First Team All-American at Stanford University, where she played from 1999 to 2002. She was a member of the gold medal-winning Olympic softball team in 2004 and later became a color analyst for ESPN.

She attended Adolfo Camarillo High School, where she was named the Los Angeles Times Player of the Year in 1998. She was also the MVP of the school's basketball team during her junior and senior years.

She left Stanford as the holder of numerous Cardinal records including career batting average, hits, home runs and stolen bases.

She has sons named Caleb and Cayden with Adam Burks, whom she married in 2006.

She and Laura Berg won gold as members of Team USA at the 2004 Summer Olympics.

Jessica Mendoza Is A Member Of