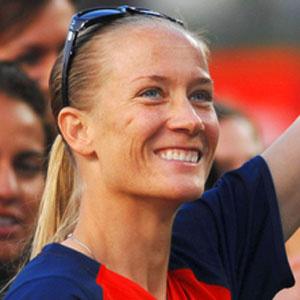 Former softball player known for her hitting; won gold medals in the 1996, 2000, and 2004 Olympics competing for the United States.

By the time her collegiate career was over, she had set a school record in hits.

She was raised with a twin sister named Randi.

She was inducted into the United States Olympic Hall of Fame, which includes great athletes such as boxer Sugar Ray Leonard.

Laura Berg Is A Member Of