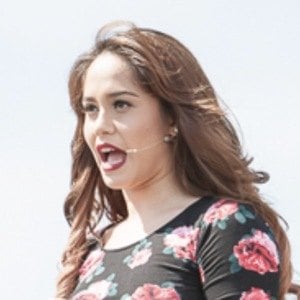 Filipina actress who became known as the face of the series Budoy and Paraiso. She began starring in the title role in the telenovela Maria Mercedes in 2013 as well as the lead in the comedy drama Must Date the Playboy.

She sang as part of the cast of Star Magic Presents: Abt Ur Luv in 2007.

She had a guest appearances on Pilipinas Got Talent in 2011. She was also named #1 Sexiest Woman in the Philippines by FHM Philippines in 2016.

She was born in Dubai the second of three sisters. At the age of three, she moved with her elder sister Pamela to the Philippines. She married host and actor Luis Manzano in February 2021. In January 2023, she gave birth to their first child, a girl named Isabella.

She had a relationship with co-star Matteo Guidicelli in 2013.

Jessy Mendiola Is A Member Of