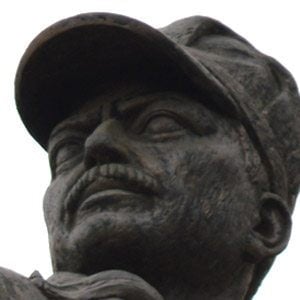 Best remembered for dying while trying to prevent an explosion on a burning train car that was transporting dynamite, this Mexican national hero worked as a brakeman for a railroad line that ran between Sonora and Arizona.

In his late teens, he started working for the Moctezuma Copper Company. He began his railroad career as a switchman and was later promoted to the rank of brakeman.

For his bravery in putting the lives of the townspeople of Nacozari, Sonora, Mexico, above his own life, he had an athletic stadium, a statue, several roads, and a song posthumously dedicated to him.

Born in the Sonoran city of Hermosillo, he later settled in Nacozari (the town he ended up saving).

He was a contemporary of Mexican bandit and fellow folk hero Pancho Villa.

Jesus Garcia Is A Member Of