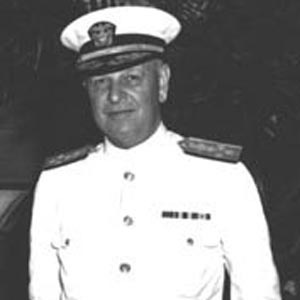 Former Commander in Chief of the U.S Pacific Fleet who was one of the men held responsible for the disastrous results of Pearl Harbor.

After graduating the U.S. Naval Academy in 1904, he served about several ships before reaching flag rank.

Because he did not take precautions at Pearl Harbor like installing anti-torpedo defenses or long-range scouting, he was relieved of command and demoted. He left the Navy entirely in 1942.

He was born in Henderson, Kentucky and his father was a veteran of the Confederate army in the Civil War.

His sons fought for his exoneration and re-enstatement of his former rank, but President Bill Clinton and several of his predecessors refused.

Husband E. Kimmel Is A Member Of

Born In 1882
Born in Kentucky
Pisces