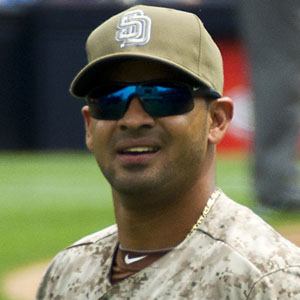 MLB outfielder who made his MLB debut with the San Diego Padres after two years in the minor leagues.

He signed his first MLB contract with the Seattle Mariners at age 16.

He became one of San Diego's most efficient hitters during the 2011-12 season.

He had a daughter named Brianna with his wife Tolimar Guzman.

He first joined catcher Nick Hundley on the San Diego Padres in 2011.

Jesús Guzmán Is A Member Of