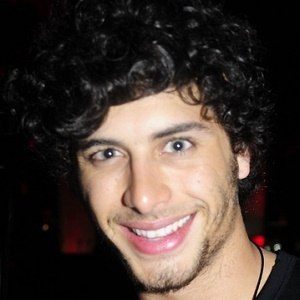 Brazilian model who rose to fame after his first international photoshoot for W magazine alongside Madonna. He became one of the highest paid models in the world when he signed with Ford Models in 2008. He has been featured in publications such as GQ Germany, Vogue China, and Remix Argentina.

He signed his first modeling contract in 2005 for 40 Graus Models.

He was the face of Dolce & Gabanna in 2009 and became the designer's exclusive model for Milan Fashion Week.

He was born in Rio de Janeiro. His parents divorced when he was 5. He started pursuing modeling and acting as a teenager.

He dated singer Madonna when he was 22 and she was 50.

Jesus Luz Is A Member Of