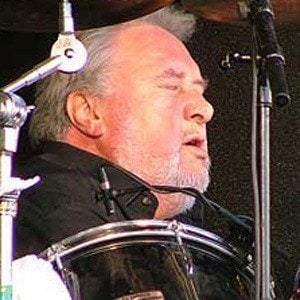 Founder of and drummer with the English punk rock and new wave band The Stranglers.

He owned several ice cream vans and was a successful businessman. He also owned a home brewing company.

He designs and builds furniture.

His second wife's name is Helena. She left him over some conflicts that sprung up regarding The Stranglers.

He and bassist Jean-Jacques Burnel became bandmates in The Stranglers.

Jet Black Is A Member Of