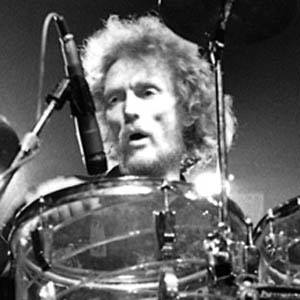 Drummer who was best known as one of the founding members of Cream. He also played in the bands Blind Faith and Ginger Baker's Air Force.

His first group was Ginger Baker's Energy, which included afro beat pioneer Fela Kuti. He went on to work with Graham Bond Organisation and Cream.

He grew up in difficult conditions, raised with his sister by his mother, who worked in a tobacco shop. He was married and separated three times before marrying his fourth wife, Kudzai Machokoto, in 2010. He had two daughters, Leda and Ginette, and a son, Kofi.

He was joined by Jack Bruce and Eric Clapton in Cream.

Ginger Baker Is A Member Of