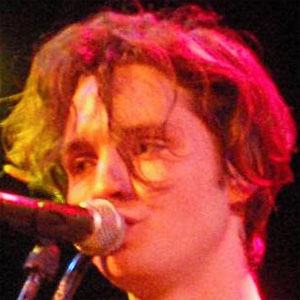 Known for his 2014 studio album Venus & Mars, this Dutch vocalist and musician also released such popular singles as "Louise," "Do You Love Me At All?," and "Tonight." He was the 2014 recipient of the 3FM Serious Talent Award.

During his time as a guitar and piano student at the Conservatorium van Amsterdam, he performed with bands called Valerius and The Souldiers. He released his debut EP, Venus, in 2013.

He performed on such television and radio music programs as Serious Request and Toppop3.

Born in The Hague, he grew up in the town of Baarn, Netherlands. His birth name was Jelte Steven Tuinstra; he later adopted the stage name of Jett Rebel.

He was born in the same year as disc jockey and fellow Dutch musician Jay Hardway.

Jett Rebel Is A Member Of