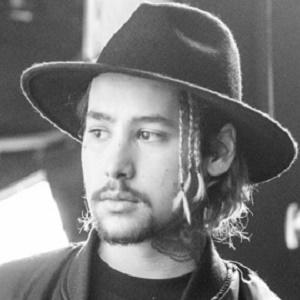 Known for his infusion of overt grunge with smooth hip-hop, this Los Angeles-based emcee created his own sound for the indie rap scene. His debut project Scarle†† Sage, complete with Hype Machine chart-topping singles "Candles" and "Love Me to Death," was his first work to boost his reputation.

He draws a lot of his musical inspiration from artists like Kurt Cobain, Jim Morrison, and Kanye West. He entered the indie rap scene in 2013.

His first official EP release, The Funeral, was acclaimed by Nylon Magazine and Buzzbands LA. He has other successful singles called "Old No. 7" and "Parachutes."

He is the son legendary punk rock guitarist Steve Dior.

He has opened for B.o.B and Chance the Rapper and toured with Aer.

Jez Dior Is A Member Of