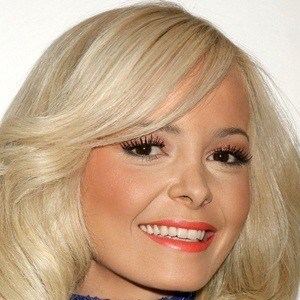 UFC Octagon Girl, television presenter and model who was named UFC's Ring Girl of the Year. For 6 straight years, she was named one of the 100 sexiest women in the world. She has won several "Miss" beauty pageants.

Beginning at the age of 6, she was a singer and commercial model in her hometown of Ribeirão Preto. At 15, she was a TV presenter for Tv Thathi, and later seen on other networks.

She was a columnist for VIP Magazine for 7 years; 1 for her Chame A Jhenny column and 6 years for her Perfect Girlfriend column.

Originally from Ribeirão Preto, she would move to Sao Paulo when she was 18 years old.

She was a presenter alongside Casper Van Dien at the 2017 MMA Awards.

Jhenny Andrade Is A Member Of