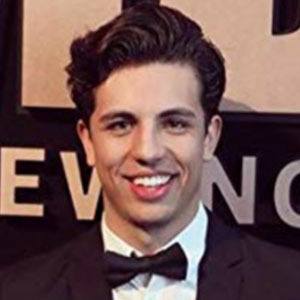 Spanish actor who is known for his recurring television roles and feature film appearances. He is best recognized for having starred as Max on the series La Riera, Fredo on Cuentame, and Jove in the 2010 feature film Pa Negre.

He started his acting career in 2007 when he made his debut as Adria on the 2007 television series El cor de la ciutat. His feature film debut came in 2010 when he starred in Pa Negre. In 2018, he moved to London to continue his career as an actor.

He is also known for his passion for football and played on a club team with famed singer Justin Bieber.

He starred alongside Shakira in a national advertisement for her company S by Shakira in 2010.

Jhon Mejía Is A Member Of