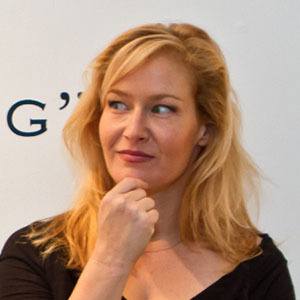 Photographer who has gained fame for her stylized, pop art-influenced celebrity portraits. She has earned commissions from Rolling Stone, GQ, Time Magazine, and DreamWorks.

She completed Semiotics in Media coursework at Brown University in 1988. She earned her BFA in photography from the Rhode Island School of Design.

She had her photography book End Times published in 2012, which was her fourth. She has had multiple commissions shown at ClampArt New York.

She and her husband Rob Green share two children named Violet and Zed.

She has captured Clint Eastwood and Jeffrey Wright in portraits for her brand.

Jill Greenberg Is A Member Of