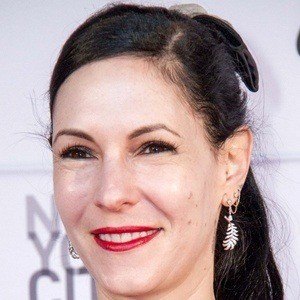 Writer and actress whose 2007 novel Momzillas was turned into the series Odd Mom Out that aired on Bravo in June 2015. She played the role of Jill Weber in the show. The book and show are based on her experience with the extremely wealthy mothers of New York City's upper east side.

Her first book The Right Address was co-written with Carrie Karasyov in April 2004.

She published Ex-Mrs. Hedgefund in April 2009 to further acclaim. She also wrote the 2000 film The Intern.

She is the daughter of Arie L. Kopelman, the former president of Chanel, and Coco Kopelman. She has two daughters named Sadie and Ivy with Harry Kargman, whom she married in 2002.

Dominique Swain starred in her film The Intern.

Jill Kargman Is A Member Of