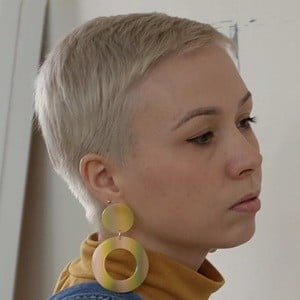 Painter and illustrator notable for her portrayals of women who seem to be "over it, kind of annoyed and moody." Her colorful work is visible on her jillian_evelyn Instagram account.

She was a student at the College for Creative studies in Detroit. She started off as an Advertising Design major before switching to illustration.

She was working for the footwear company Converse as someone who chose aesthetics and designs for their shoes.

She moved from Boston to Los Angeles in 2017. She raised a pug named Olie.

One artist in which she is a fan is Ines Longevial.

Jillian Evelyn Is A Member Of