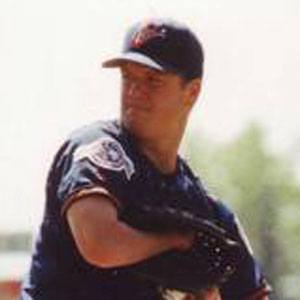 Major league baseball pitcher born with only one hand; spent 11 years in the big leagues and pitched a no-hitter for the New York Yankees against the Cleveland Indians on September 4, 1993

He was the bearer of the flag for the United States at the 1987 Pan Am Games.

He became a motivational speaker, having played baseball with a major handicap.

He married Dana Abbott in 1991. He has two daughters, Madeleine and Ella.

Jim Abbott Is A Member Of