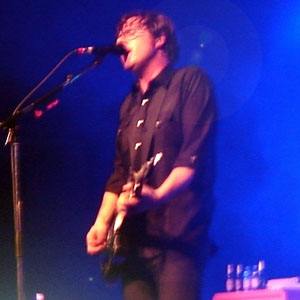 Pop punk singer who is the co-founder and lead singer for Jimmy Eat World, best known for their hit single "The Middle."

He founded Jimmy Eat World with his childhood friend Zach Lind at the age of eighteen.

He released his first Platinum-selling album, Bleed American, with Jimmy Eat World in 2001.

He married Amy Adkins in 2002. Together they have three children.

His band's song "Hear You Me" was featured on the soundtrack for A Cinderella Story, which starred Hilary Duff.

Jim Adkins Is A Member Of