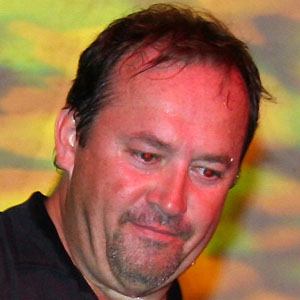 Lead guitarist and a songwriter for the popular rock band The Smithereens.

He attended Carteret High School with his future bandmates.

His music is featured in several films, including the 1980s baseball classic Bull Durham.

He lives with his family in Manalapan Township, New Jersey.

His music is featured in Harold and Kumar Go to White Castle, a film that starred John Cho.

Jim Babjak Is A Member Of