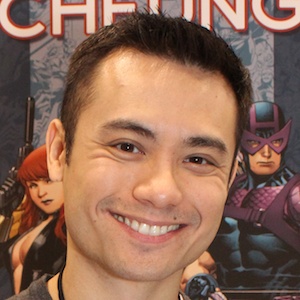 Comic book artist who has gained fame for his work on Marvel comics, including on the series New Avengers: Illuminati and Young Avengers. He also illustrated the critically acclaimed 2010-2012 comic mini-series Avengers: The Children's Crusade.

He rose to fame for his work penciling for Marvel on series during the early 1990s.

He penciled interiors for the popular Marvel comics series Spider-Man Unlimited, Uncanny X-Men, and X-Force. In 2015, he created an Agents of SHIELD poster for the TV series' San Diego Comic Con appearance.

He was named a Marvel "young gun" illustrator alongside Adi Granov by Marvel in 2005.

Jim Cheung Is A Member Of