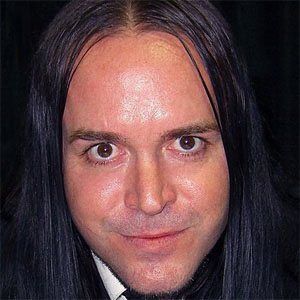 American artist and comic book writer who is the creator of the Lenore comic book series and wrote for the animated television series Invader ZIM.

He worked as a full-time magician after he was told by art teachers that he would never be an artist due to his crude humor.

He is the author of many books including The Monsters In My Tummy and Something At The Window Is Scratching.

He was involved as a pedestrian in a hit and run accident in 2013 with his girlfriend and although he hurt his leg, he soon recovered.

Roman Dirge Is A Member Of