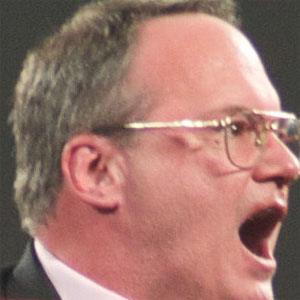 Sports businessman known for his work in the world of professional wrestling. He owned Smoky Mountain Wrestling during the 1990s and worked for World Wrestling Entertainment and World Championship Wrestling.

His fascination with wrestling began when he was a child; by his early teens, he was working as an announcer for live wrestling matches.

He was the executive producer for an HDNet program called Ring of Honor Wrestling.

He managed the career of wrestler Adam "Scrap Iron" Pearce.

Jim Cornette Is A Member Of