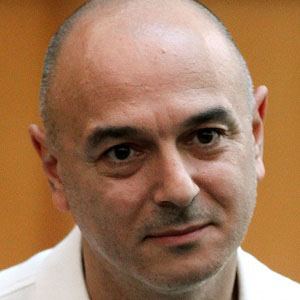 English businessman most famous as the chairman of Premier League soccer club Tottenham Hotspur, a position he took up in 2001. His tenure as chairman of the club has been marked by a large number of managerial changes and the creation of a new stadium in London.

He was born in Essex and was a supporter of Tottenham Hotspur as a child. He later served as the managing director of the investment group ENIC International Ltd.

In 2014, he took the ALS ice water challenge after being nominated by former Tottenham Hotspur manager Andre Villas-Boas.

He married a woman named Tracy and has children named Oliver, Chloe, Gabriella and Joshua.

He hired Mauricio Pochettino as the manager of Tottenham Hotspur in 2015.

Daniel Levy Is A Member Of