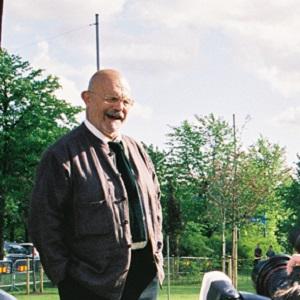 Artist whose work was featured in the groundbreaking 1962 pop-art exhibit "New Painting of Common Objects" at the Norton Simon Museum. He was a foremost proponent of the Neo-Dada movement.

He attended the Art Academy of Cincinnati after earning a BFA from Ohio University in 1957. He rose to fame through his "Happenings" performance art series.

His "Walking to Borås" was unveiled in May 2008 and was a nine-meter-high bronze statue of a walking Pinocchio.

He grew up in Cincinnati, Ohio, where he attended Walnut Hills High School. He married photographer Diana Michener.

He collaborated with John Cage, Claes Oldenburg, and Allan Kaprow on the "Happenings" series.

Jim Dine Is A Member Of