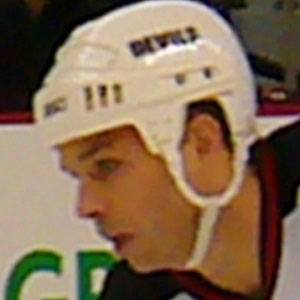 Former NHL center best known for winning the Stanley Cup as a member of the New Jersey Devils in 1995. He played for a number of other teams during his seventeen-year career, including the Calgary Flames and New York Islanders.

He played with the Lake Superior Lakers in the Central Collegiate Hockey Association, where he was named as 1991's Player of the Year.

He became just the second high school hockey player from New Jersey to make it to the NHL.

His sons have played hockey with him as their coach.

He and Devils teammate Bill Guerin won the Stanley Cup in 1995.

Jim Dowd Is A Member Of