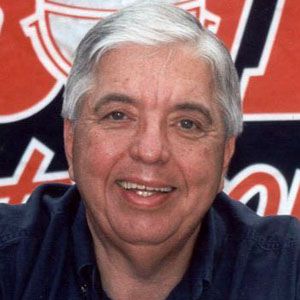 Sportscaster who did play-by-play for Auburn University's football and basketball teams, from 1981 until his death in 2003.

He grew up in the tiny town of Paintsville, Kentucky.

His most famous call came on October 17, 1987, when Auburn scored a go-ahead touchdown against Georgia Tech with less than 30 seconds remaining.

He was married to Rose Fyffe until his death, and had three children and three step-children.

The color commentary man beside him for football games in the 1980's was Auburn Heisman winner Pat Sullivan.

Jim Fyffe Is A Member Of