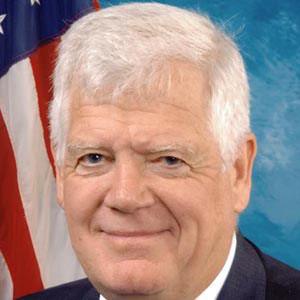 Democratic member of the United States House of Representatives for the seventh congressional district (Seattle and vicinity) of Washington state. From 1993-1995, he served as Chairman of the House Ethics Committee.

After graduating from Wheaton College in Illinois, he earned a medical degree from Chicago's University of Illinois College of Medicine. He served during the Vietnam War as a United States Navy psychiatrist.

He and fellow Democrat Maria Cantwell both represented Washington state in the United States Congress.

Jim McDermott Is A Member Of