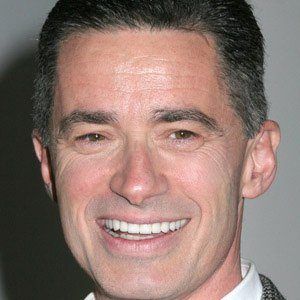 52nd Governor of New Jersey who, in a press conference in 2004, came out of the closet and resigned from office. His life after politics was covered in the 2013 HBO documentary film, Fall to Grace.

He attended Georgetown University Law School before becoming an assistant prosecutor and executive director of the state Parole Board.

After he resigned he became an Episcopal priest and started ministering to female prison inmates.

He was previously married to Dina Matos, who claims she was blindsided by his homosexuality and did not know about it prior to him coming out publicly.

He was interviewed by Matt Lauer to promote his memoir The Confession.

Jim McGreevey Is A Member Of