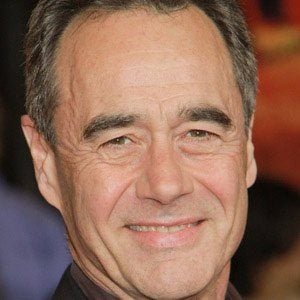 MLB relief pitcher who made his MLB debut with the Tampa Bay Devil Rays when he was 35, fulfilling a lifelong dream of being in the Major Leagues.

He played football for the Brownwood High School Lions from 1979 until 1982 under head coach Gordon Wood.

He pursued a major-league baseball career throughout the eighties, but never made it past the single-A minor leagues; he settled down as a high school physical science teacher and baseball coach instead.

He married his wife, Lorri, with whom he had one son and two daughters.

He was portrayed by Dennis Quaid in the 2002 film "The Rookie," which was based on his life story as told in his autobiography, "The Oldest Rookie."

Jim Morris Is A Member Of