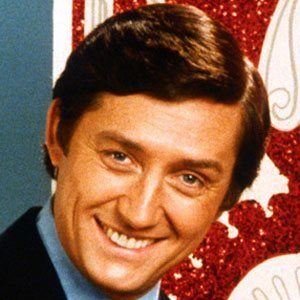 Game show host who appeared on both Canadian and American television in the 1970s and '80s.

During the Korean War, he sang for Armed Forces Radio and worked at General Electric.

Before he became the host of Card Sharks, he worked with comedy legend Sid Caesar for several years.

He married his wife June in 1959. He and June raised two children named Sean and Erin.

He and Alex Trebek became the first two emcees to simultaneously host shows in the U.S. and Canada.

Jim Perry Is A Member Of