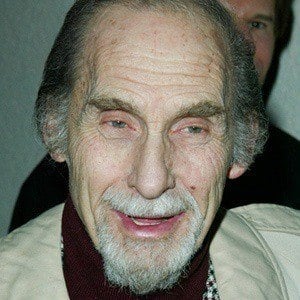 TV comedy innovator of Your Show of Shows and Casesar's Hour in the 1950s which earned him several Emmy Award nominations and two wins.

He left home to pursue a music career as a saxophonist and later would audit classes at Juilliard.

He played Coach Calhoun in the films Grease and Grease 2.

He married Florence Levy in 1943 and he had three children: Rick, Karen and Michele.

He played a role in the show Four in the Game with Tommy Lee Jones.

Sid Caesar Is A Member Of