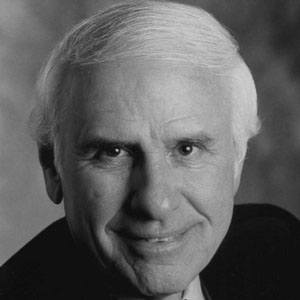 American author and motivational speaker most well known for his book Five Major Pieces To the Life Puzzle.

He worked for the company Nutri-Bio from 1957 to the 1960s and began touring and giving seminars soon after.

He won the 1985 National Speakers Association CPAE Award for excellence in speaking.

He was born in Yakima, Washington and grew up on his family's farm in Iowa.

Jim Rohn Is A Member Of