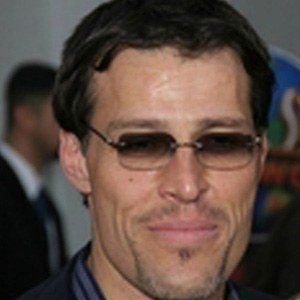 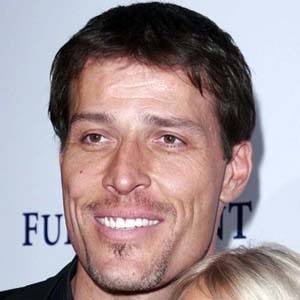 Motivational speaker and author of Awaken the Giant Within. His popular four-day seminar, Unleash The Power Within, includes an exercise in which audience members take their shoes off and walk over a bed of hot coals.

He attended Southern California's Glendora High School. In his twenties, he lived in a small, low-rent apartment in Los Angeles and dreamed of owning a mansion. He accomplished this goal in 1984 when he bought the Del Mar Castle.

He began his career as a motivational speaker by promoting seminars for Jim Rohn.

He married his first wife, Becky Robbins, after having a child with his former girlfriend, Liz Acosta. His second marriage was to Bonnie Humphrey.

His book Money: Master the Game features interviews with such financial experts as Charles Schwab, Warren Buffett, and Carl Icahn.

Tony Robbins Is A Member Of